After a year and a half break in live performances from March 2020 through July 2021 due to the pandemic, Parisota Hot Club and the Robb Henry Trio are back to work once again. See the dates page for upcoming 2022 performances.

Although best known for his recent work with Parisota Hot Club, a band he formed in 2001 to explore the music and jazz guitar stylings of French guitarist Django Reinhardt, Robb's musical background includes a diverse range of experience.

Robb's guitar playing odyssey began in the autumn of 1966 at the age of thirteen when he joined up with the Surfers, an established teenage rock band from the Hopkins/Minnetonka area. The popular group played many teen dances in the western suburbs of Minneapolis, recorded a self-produced 45, and appeared on local KMSP 9 television show "Organ Notes" in late 1966 before dissolving in early 1968.

Later in the summer of that year, he fell in with a group of young blues fanatics through a new acquaintance, singer and blues harp player Reg Clow. This group eventually hooked up with blues singer and harp player Mojo Buford in the winter of 1968-69 and played with him through the summer of 1970. This experience with Mojo, a Chicago style blues artist and close associate of the legendary Muddy Waters, proved to be a major influence  in Robb's solo guitar work. Mojo served as a mentor to many young blues players during his time in the Twin Cities.

In early 1971 Robb was brought into the Top Forty danceband Brave New World by his old Surfers bandmate Bob Fisher. Worked lounges, nightclubs, and bars throughout the 1970's with groups including Brave New World, Walter Mitty, The Philadelphia Story soul review at the Flame Bar, Inside Straight and Sweet Thing. Gigged at the Longhorn bar with Fingerprints and recorded on Twin/Tone Records. Relocated to Chicago ’79-’84, worked with songwriter Jessie Roe, country singer Kent Rose, legendary new wave singer Jim Desmond, R&B funk group Frankie Hill and Metropol, and back to the blues with Big Daddy Kinsey and the Kinsey Report from Gary, Indiana.

Relocated back to Minneapolis at the end of 1984, recorded and played gigs with Tom Bright. Briefly fronted a blues-rock trio called World Wide Hoodoo. Played jazz and pop in the ’90’s with corporate and wedding bands, did blues gigs and recorded with Cooker John band, explored new styles and material in solo guitar coffeehouse gigs from 1994 through 2002, also began teaching private guitar lessons on a regular basis in early 1995 ….met French expatriate and violinist Raphaël Fraisse in 2001 and voila! Parisota Hot Club

Some memorable performances: “Organ Notes” November 1966 KMSP 9 TV appearance with the Surfers… B.B. King show at the Depot in Minneapolis 1970 with Mojo Buford…opening for U2 at Park West in Chicago 1981 with Desmond….playing Orchestra Hall in Minneapolis with Parisota Hot Club 2005

Since early 2010, he has also been performing a distinctive blend of instrumental music with his self-titled guitar, bass and drums trio. 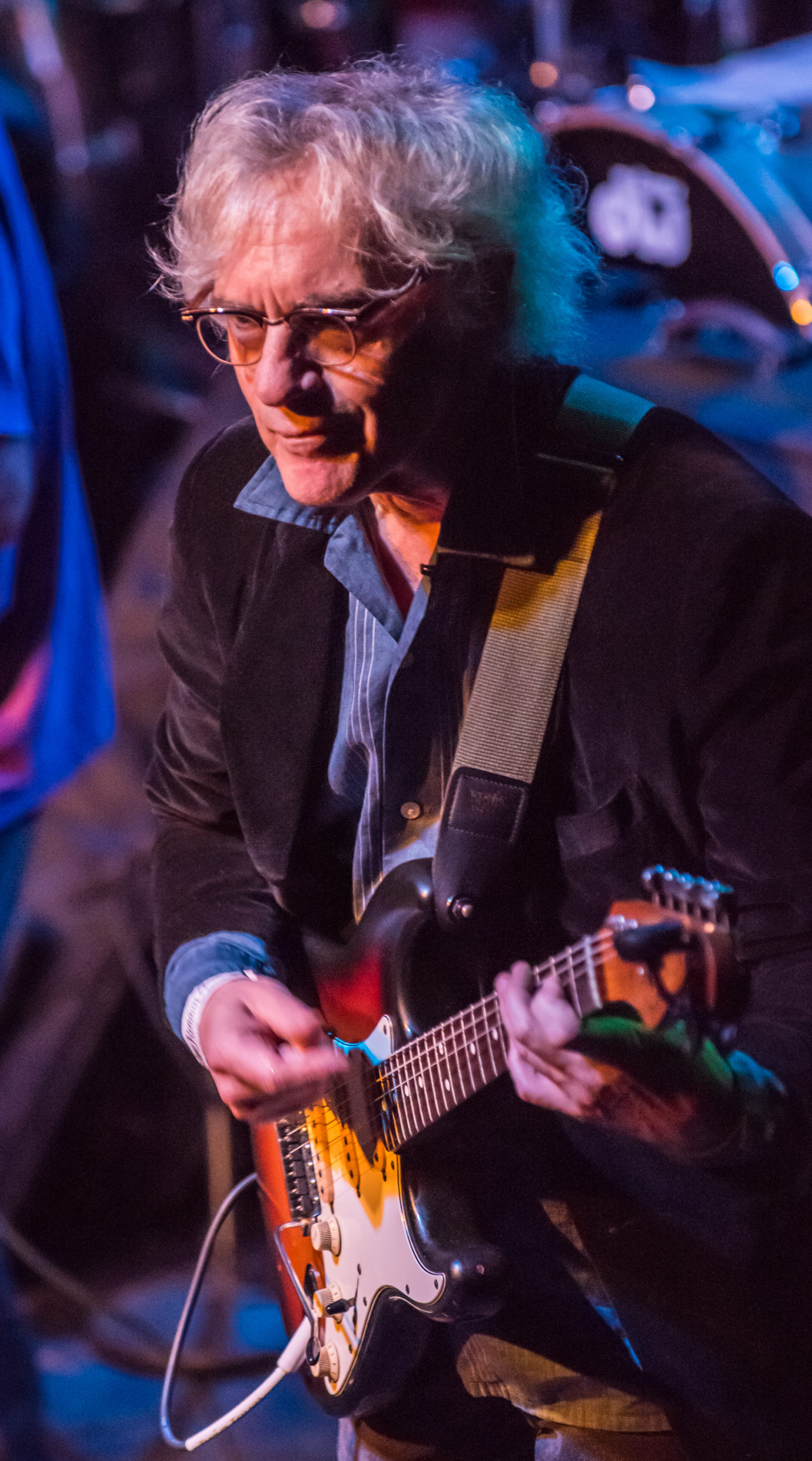